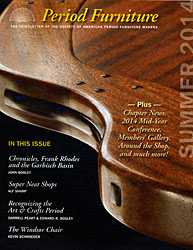 “You can be a great craftsman, but if you don’t have an eye for what it should look like, it doesn’t work,” says Frank Rhodes. …” Read the full article» 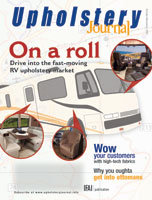 “This antique original New York chair had seen better days when it came into Frank B. Rhodes’ furniture shop in Chestertown, Md. It now has a new lease on life with help from upholsterer Bob Sederquest. The New York-style armchair, circa 1795-1810, was designed in the style of New York City cabinetmakers Slover and Taylor. The chair itself is made of mahogany, and the pine and mahogany seat frame has vertical corner blocks of pine….” …” Read the full article» 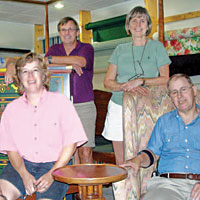 “Woodworking shops have always tickled my senses – the sweet smell of wood shavings on the floor, the smooth sound of a sharpened hand plane slicing through a piece of walnut, and the sight of intricately patterned cane being rewoven on the seat of a chair. I was reminded of childhood memories of my randfather’s woodworking shop while recently visiting the shop of Chestertown furniture maker Frank B. Rhodes, Jr …. ”  Read the full article» 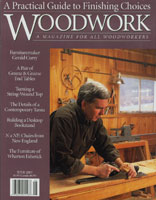 “Recently I attended a seminar on carving the Philadelphia cartouche. The workshop was fascinating, but of course it could only service to introduce the subject. I wanted to learn more …. ” Read the full article»

Wherever Frank B. Rhodes Jr. goes he gets the same ques tions. People always ask him to look at their furniture and to give them advice on restoration and conservation. Rhodes, who has operated Frank B.
Rhodes — Furniture Maker since 1983, compares the questions he gets to how a doctor gets health questions at dinner parties or in the grocery store. Read the full article» 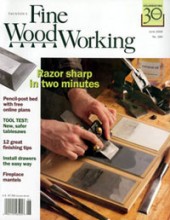 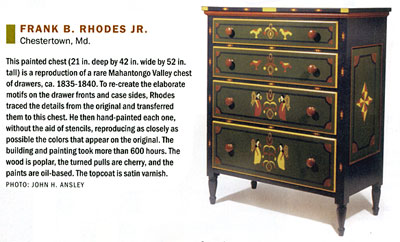 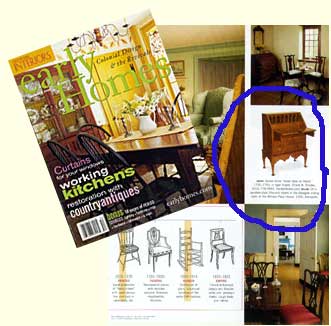 “Frank Rhodes is a craftsman and a scholar, a woodworker of distinction and a lover of the classic designs of colonial furniture. In his Chestertown, Maryland, studio, he is listening carefully to the two women who have entrusted a family piece to him for restoration. ” Read the full article»

“Maybe the reason I’m so attracted to Philadelphia Chippendale period furniture because I was born in Philly,” joked Frank Rhodes recently. Although born in a Philadelphia hospital, he grew up in Newtown Square. Frank attended the Hill School in Pottstown where he took wood shop. He enjoyed it a great deal, beginning his interest in woodworking.” Read the full article» 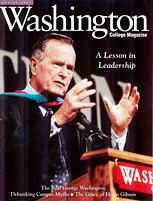 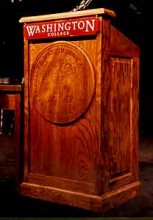 George and Barbara Bush and Dr. lames Watson were the first guests to use Washington College’s new podium—a wooden lectern literally carved out of one of the College’s most cherished traditions.

Frank B. Rhodes Jr., a talented Chestertown cabinetmaker and a 1982 graduate of the College, built the podium with wood from the fallen Washington College Elm. That tree, a sapling planted in 1928 that grew into the signature landmark on campus, died from disease 10 years ago. The Washington College Elm was a descendant of the tree under which George Washington took command of the Continental Army. The

College gave Rhodes the wood from the tree with his promise to make something out of it for the school.

The result is a five-foot-tall wooden podium with the College seal carved on the front. With the Bush addresses, the podium made a national debut, appearing on C-SPAN and television broadcasts as far away as Texas.

Rhodes later confessed he was nervous from his seat in the Cain Gym during Convocation, afraid something might fall apart on the podium’s debut. It was a silly fear—the sturdy podium was put together too well for much to give way—but one that must have been somewhat relieved by Barbara Bush. In her speech, she assured her audience, “Because this is a new podium, I’m going to go easy on it.